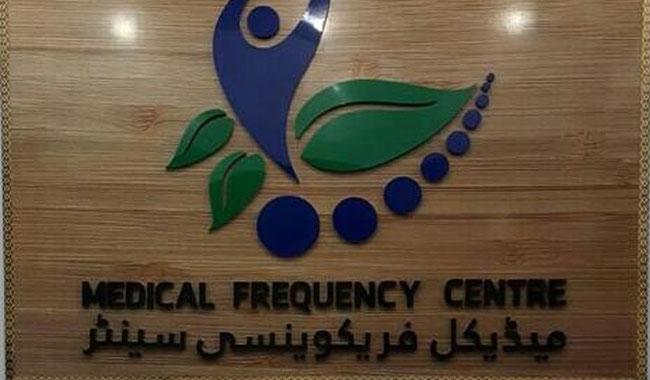 KARACHI: It’s almost ten in the morning people from different parts of the city and even out of the city are waiting at the Medical Frequency Center reception office near Ayesha Manzil neighboring area of FB Area Karachi.

Male, female , children and even the elderly are in the cue all belonging to a different cast , color, and background suffering from different diseases but all have the same pain of incurable diseases.

14-year-old Irfan is suffering from Wilson disease. Wilson disease is a rare autosomal recessive inherited disorder of copper metabolism. The condition is characterized by excessive deposition of copper in the liver, brain, and other tissues of the body. According to Irfan’s mother two years back, Irfan was seriously ill and was diagnosed with Wilson disease.

“Now he is totally paralyzed and does not speak. We took him to every corner of the country or even abroad for treatment but doctors said it’s a very rare disease even medicines are not available in Pakistan,” she said. “My husband’s friend informed us about this Medical frequency center so far four months have gone by and the copper level of my child decreased. It’s all about Dr Muhammad Ali’s treatment,” Irfan’s mother added.

Dr Muhammad Ali Khalid has graduated from Allama Iqbal Medical College in Lahore, he is the first person to introduce Bio-Resonance therapy here in Pakistan according to Dr Muhammad Ali every organ of human body have a different frequency and when the certain frequency reduces or increases that particular organ or part of the body behaves abnormally, causing pain or illness.

He said bio-resonance is an advanced method of treatment via biological frequencies and it is a non-invasive and non-drug treatment that works through frequencies as it’s work is based on biological physics of the body rather than biochemistry.

“So with the help of technology first we convert electromagnetic waves into sound waves then we send that frequency to a patient after setting frequency of that particular organ, patient’s immune system will resume or set that particular organ to their default or a certain level,” Dr Ali added. “I believe that energy generated at subatomic level can cure human diseases”.

He claimed that a specific frequency is being generated by normal and abnormal cells. if we can measure and regulate this highly specific energy, we can cure all diseases.

58-year-old Sultana Shariq having intestinal cancer, her children sent her to China for treatment and spent 2 million rupees but their mother did not get relief. Then they searched online for the Bio resonance center and brought their mother there. Now finally she is much healthier than before and her cancer has reduced.

According to the Director Operation of Medical Frequency Center Muhammad Moiz every day more than 200 patients have been visiting the center.

This method of treatment without drugs and injections is very effective in chronic ailments. It is non-invasive and does not have any side effects. He claimed that with this therapy we can treat symptoms and diseases including parasites, hay-fever & allergies, long-term illnesses, depression, smoking, weight gain, electronic smog, asthma, digestive problems, skin problems, gastro-intestinal disorders, autoimmune disease, infections and neurological disorders”.

8-year-old Down syndrome patient Abdullah is also under therapy.  With tears in her eyes, his mother stated that it was difficult to afford treatment for a Down’s syndrome patient in Pakistan but thanks to Allah and then Dr Ali, her son was being treated.